A 24-year-old teacher, Alexandria Vera, has been accused of having sex with a 13 year old, eighth grade student. 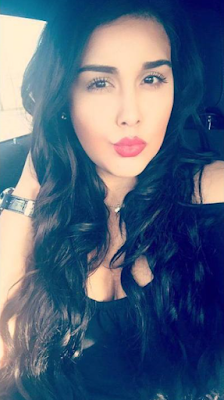 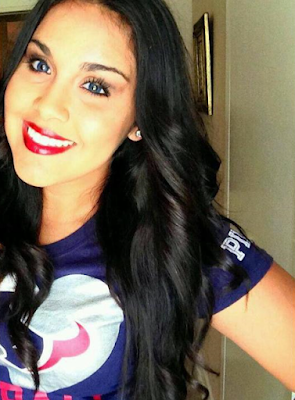 Vera claims that the pair are in love and that the boys’ parents knew about their relationship and even approved of it. She added that his parents allowed him to sleep over at her apartment on numerous occasions. And that she would drop him off at the bus stop for school the morning afterwards.

Vera said the teen was a student in her English 8th grade class and that the romance started over social media after they met in her summer class.

The middle school teacher explains that the then-13-year-old first contacted her via Instagram, and their relationship grew from there and people seemed to notice. She said he missed a class one day so she sent him a message asking him why he missed class and that was when he asked for her number. 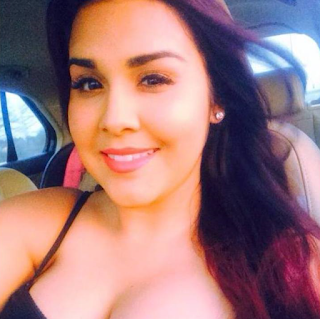 She said one time she went to his house for school and he invited her in and introduced her to his parents as his girlfriend and his parents accepted her.
She said the first time they had sex was sometime in September of last year when she dropped him of at home and his parents were not at home.

She also said a lot of people at school noticed that they were both in a relationship.

“He like grabbed her butt, and everybody saw it. And then they were talking about it.”

Vera said she got pregnant in January and told investigators that the teen’s family was “excited” and “very supportive” when they found out. However, court documents reveal that she became nervous after Child Protective Services visited her school and interviewed the couple about their relationship so she eventually aborted her unborn baby.

Aldine ISD has been made aware that charges have been filed against a former Stovall Middle School teacher involved in inappropriate behavior with a male student. When the allegation was made in April, the teacher was immediately removed from the school and placed on administrative leave. Aldine ISD Police investigated the incident and turned their findings over to the Harris County District Attorney’s Office. The safety and security of Aldine ISD’s students and staff remains a priority of the school district. 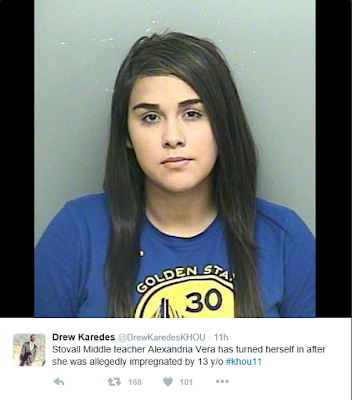 Vera is charged with continuous sexual abuse of a child. She turned herself in on Wednesday to officers at Montgomery County Jail in Conroe, Texas, after police issued a warrant for her arrest.